This issue of SpillAlert is focussed on Response and Responders, which proved to be a sprawling subject covering everything, in an environment where sensitivity over oil spills is still high after the Macondo incident last year.

Shell has had a spill in the North Sea as this is being written, and the media, the BBC in this case, were asking questions such as: How does it compare with the Gulf of Mexico, what environmental effect might it have, and can we believe what anyone says? 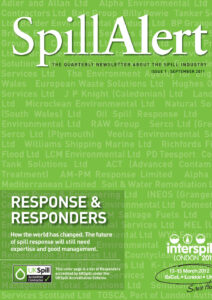 Scrubbers – they clean the air but pollute the sea

Survey shows recycling does not work

Specialist Vessels for use in Spill Response Webinar on YouTube!

Further container losses in the Pacific

Good news, at last, on eliminating the risk from FSO Safer

Plastic summit could be most important green deal since Paris accords, says UN

The global state of plastic pollution

X-Press Pearl Cleanup Should Be Completed in Four Months

Knowledge Base: Satellites and Drones webinar is now live!

The effects of ocean pollution on human health – what professional response is essential!

Come along and see us at Contamination Expo on 22-23 September.

Is mussel poo the answer to microplastics? Possibly…

MV Wakashio – One Year On

Another container fire on board a vessel – this time in Dubai

The toxic ship that caused an environmental disaster