The Tuvalu-flagged bulk carrier OS 35 was outbound from Gibraltar Port with a load of steel bars when it collided with the unladen LNG carrier Adam LNG in the Bay of Gibraltar on Monday, August 29, 2022. The OS 35 was then anchored off Catalan Bay, on the opposite side of the Gibraltar peninsula, where it partially sank and later began breaking up, resulting in the release of an undisclosed amount of fuel oil. 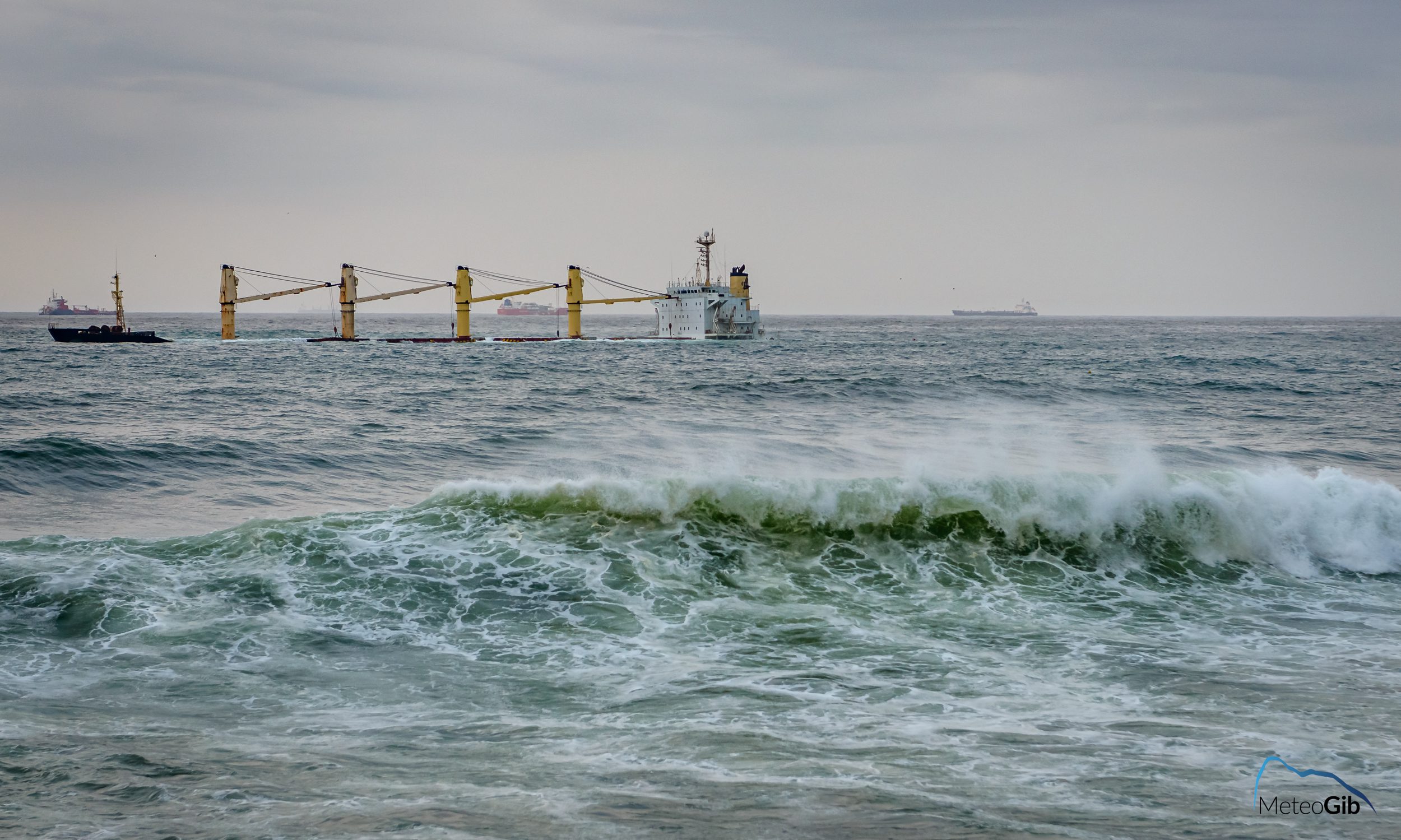 While an operation was carried out to remove all recoverable oil from the ship’s tanks about a week after the incident, some remnant unrecoverable oil is still on board. These oil residues have escaped from the wreck intermittently, requiring a response both at sea and along the shoreline.

Resolve Marine has been the appointed salvor so far in the operation.

In mid-September, in preparation for heavy weather, Resolve took the step of sinking the OS 35’s stern in order to prevent it from breaking loose in the swell.

For more information go to: https://gcaptain.com/gibraltar-sets-timeline-for-os-35-wreck-removal/