Two alternatives to fossil fuel in the maritime transport sector, biofuels and ammonia, are analysed in a set of new reports released by the European Maritime Safety Agency (EMSA)

The reports, prepared to support the European Commission in the ongoing work on the “Fit for 55” package, in particular on the FuelEU Maritime proposal, analyse both alternatives across a number of indicators, including availability, sustainability, cost implications, and safety

As a ‘drop-in’ fuel which could replace conventional fossil fuels without substantial engine modification, biofuels can offer an immediate alternative for the existing fleet. The report finds that many of the existing maritime regulations can be transferred from fossil fuels to biofuels, and the safety risks are broadly similar. However, the research notes that the future availability of sustainable biofuels may be in question, given the size of any potential demand from the maritime sector. 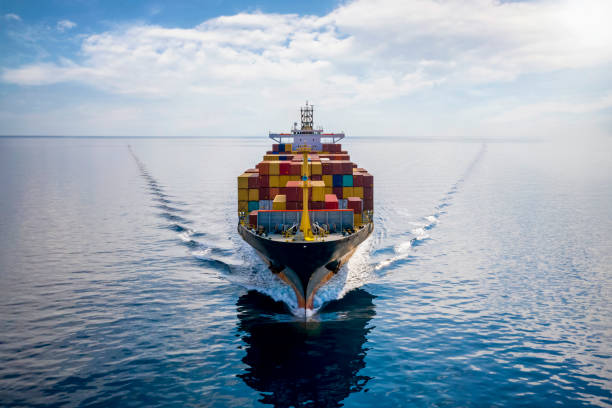 Based on the growing interest for ammonia-fuelled vessels and in projects to produce green ammonia, the report concludes that ammonia is likely to transition to a marine fuel which could enter the market quickly and offer a zero or near-zero carbon solution. However, despite the maritime sector’s extensive experience in handling ammonia as cargo, there is currently little accumulated industry knowledge in its use as a fuel, indicating a need for further understanding of the potential safety related risks and other challenges it poses.

In addition, the study has identified a number of barriers to the widespread deployment of ammonia, including access to renewable electricity for its green production, and technology and regulatory gaps which could prevent its immediate application.

The Executive Director of EMSA, Maja Markovčić Kostelac, said: “The reports we release today are just a first step in our research into the potential of different alternative fuels and power solutions, and form part of the support we provide at this critical moment in the maritime sector’s voyage towards decarbonisation. Throughout our work, we keep the safety aspect of alternative fuels firmly in our focus, as the transition to true maritime sustainability can never be complete without the safety dimension.”

According to the European Maritime Transport Environmental Report, issued by EMSA and the European Environment Agency, maritime transport produces 13.5% of all greenhouse gas emissions from transport in the EU.  In 2020, ships of more than 5,000 GT calling at EU and EEA ports emitted 126 million tonnes of CO2, as reported in EMSA’s THETIS-MRV database.

For further information go to: https://emsa.europa.eu/index.php?option=com_flexicontent&view=item&cid=24&id=4838:two-alternatives-to-fossil-fuel-in-the-maritime-transport-sector,-biofuels-and-ammonia,-are-analysed-in-a-set-of-new-reports-released-by-the-european-maritime-safety-agency-emsa&Itemid=216